I started to read this, but didn't finish. My interest in political theory is zero at this stage of my life. I found it interesting to see his thoughts and predictions, and at another stage of my life ... Celotno mnenje

If you want to read about how a pompous, arrogant ass of a Frenchman viewed ‘the Great Experiement’ in Democracy, read this book. Otherwise, skip it. I had to read it in a government class as an ... Celotno mnenje

Alexis de Tocqueville was born in 1805 to a noble French family that had survived the French Revolution. His father gained some political power under the reign of the Bourbons, and after the July Revolution of 1830, the family was exiled along with the king. Tocqueville, then twenty-five years old, stayed in France, swearing allegiance to the new government. Shortly thereafter he and a friend, Gustave de Beaumont, sought and received a government assignment to study the prison system of the United States. They arrived in America in 1831. After extensive travels across the young nation, Tocqueville wrote Democracy in America (published in two volumes in 1835 and 1840). The publication of the first volume made Tocqueville a well-known figure, but he led a quiet life, accepting modest governmental posts, traveling around Europe, and marrying an Englishwoman. In 1848, Tocqueville once again rose to political prominence after a prescient speech that foretold of revolution. After serving through the massive upheavals and overthrows of government, Tocqueville retired from political life in 1849. Always weak in health, his lung disease grew progressively worse from that period on. Moving south several times on doctor's recommendations, Tocqueville succumbed to death in 1859, in Cannes.
Richard D. Heffner received his A.B. and M.A. from Columbia University and has taught history and political science at the University of California, Sarah Lawrence College, and the New School for Social Research. He has been University Professor of Communications and Public Policy at Rutgers since 1964. Mr. Heffner also produces and moderates his prize-winning weekly public television series, The Open Mind, and for twenty years was Chairman of the motion picture industry's film rating system. In addition to Democracy in America, Mr. Heffner is the editor of the Mentor book A Documentary History of the United States. 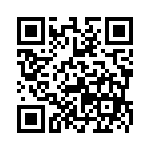