The lively tale of the title Luck of Roaring Camp story ends with unexpected sadness. Not knowing what to expect of Bret Harte and this collection, I was surprised to find the second story, The ... Celotno mnenje

Bret Harte's birth year is variously given as 1836 and 1839, and his tombstone bears the date 1837. He is remembered especially for his two short stories, "The Luck of Roaring Camp" (1868) and "The Outcasts of Poker Flat" (1870), both achievements in local color. The former is the story of an orphaned baby adopted by the men in a gold-rush-era mining camp; it was dramatized by Dion Boucicault in 1894. The latter is a tale about four undesirables expelled from a mining camp and their losing battle against a blizzard. Although he was born in the East and lived there and in Europe most of his life, Harte's 17 years of residence in California have associated him most closely with that state, and the scenes of all his successful stories are set in the West. His contemporary sketches of life in San Francisco during the 1860s, written with Mark Twain, were first collected in book form as Sketches of the Sixties (1926). When he went east again to settle in Boston in 1871, his talent seems to have deserted him. Much of his later life was spent in England. Today, his formerly out-of-print stories are available in reprint versions from Ayer Publishers. 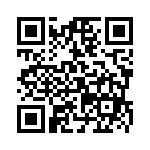