Zuell Philip Ambrose (b.1936; BA, MA, Ph.D, Princeton) is Lyman-Roberts Professor Emeritus of Classical Languages and Literature at the University of Vermont, where he taught Greek and Latin from 1962 until his retirement in 2006. He is also an active musician. His research centers on Greek drama and Latin epic, and includes studies of Classical rhetoric and myth in the librettos of Bach's poets. He first translated the sacred cantatas as liner notes for Helmut Rilling's recordings, later published in book-format in 1984. His translations of the remaining works appeared online in 1997 and were published by Xlibris in 2006 and revised in 2020. 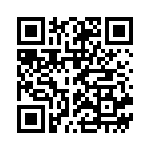