Stran 245 - If two or more persons conspire either to commit any offense against the United States or to defraud the United States, or any agency thereof in any manner or for any purpose, and one or more of such persons do any act to effect the object of the conspiracy, each shall be fined not more than $10,000 or imprisoned not more than five years, or both.
Pojavi se v 284 knjigah iz obdobja 1798–2007

LAWRENCE D. GRAHAM practices patent, copyright, trademark, and other intellectual property law at the Seattle law firm of Black Lowe & Graham. He is also an adjunct professor at the Seattle University School of Law and a member of the editorial board for IEEE Software journal. 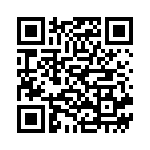