Paul W. Kahn is the Robert W. Winner Professor of Law and Humanities at Yale Law School, where he is also Director of the Orville H. Schell, Jr. Center for International Human Rights. He is the author of The Cultural Study of Law, The Reign of Law; Legitimacy and History, Law and Love, and Out of Eden. 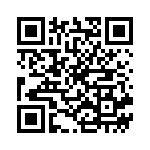