Stran li - Europe has a set of primary interests, which to us have none, or a very remote, relation. Hence she must be engaged in frequent controversies, the causes of which are essentially foreign to our concerns. Hence therefore it must be unwise in us to implicate ourselves, by artificial ties, in the ordinary vicissitudes of her politics, or the ordinary combinations and collisions of her friendships or enmities.
Pojavi se v 1227 knjigah iz obdobja 1789–2008
Stran li - The great rule of conduct for us in regard to foreign nations is, in extending our commercial relations, to have with them as little political connection as possible.
Pojavi se v 1166 knjigah iz obdobja 1789–2008
Več
Stran lx - I have said this before, but I shall say it again and again and again: Your boys are not going to be sent into any foreign wars.
Pojavi se v 417 knjigah iz obdobja 1859–2008
Stran 3 - Principle proclaimed: The Constitution of the United States vests the sole power to declare war in Congress. Until Congress has exercised that power, it is not only the privilege but the duty of every citizen to express to his Representatives his views on the question of peace or war — in order that this grave issue may be decided in accordance with the will of the people and the best traditions of American democracy.
Pojavi se v 24 knjigah iz obdobja 1905–2007
Manj

RUTH SARLES was chief researcher and Senate lobbyist for the America First Committee. A former editor with the pacifist National Council for Prevention of War, Sarles represents the often-unacknowledged liberal face of the anti-intervention movement of 1940-41. After marrying Bertram Benedict in 1943, Sarles worked as a Washington Daily News reporter and a State Department analyst. She died in 1996.

BILL KAUFFMAN is associate editor of The American Enterprise. He is the author of four books: With Good Intentions? Reflections on the Myth of Progress in America (Praeger, 1998), America First! Its History, Culture, and Politics (1995), Country Towns of New York (1995), and the novel Every Man a King (1989). 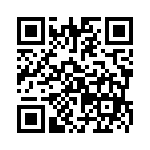