Stran 1 - When I use a word," Humpty Dumpty said in a rather scornful tone, "it means just what I choose it to mean — neither more nor less." "The question is," said Alice, "whether you can make words mean so many different things.
Pojavi se v 1024 knjigah iz obdobja 1886–2008

Tony Davies was formerly Professor and Head of the English Department at the University of Birmingham, from which he recently retired. He has edited Milton's poetry and prose, and written on renaissance and modern literature, literary theory and the teaching of English. 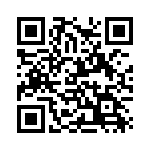