JOHN J. PATRICK is Director of the Social Studies Development Center and Professor of Education at Indiana University, Bloomington. He is the editor of Founding the Republic: A Documentary History (Greenwood, 1995) and the author of How to Teach the Bill of Rights.

GERALD P. LONG is a teacher of history and government at Brown County High School in Nashville, IN. He is the author of Constitutional Rights of Juveniles and Students: Lessons on Sixteen Supreme Court Cases. 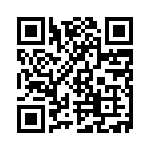