A biography with unique approach: telling the Lincoln life story from Lincoln's perspective of what he knew and when he knew it. An extensive, highly readable book that covers Lincoln's professional ... Celotno mnenje

Engaging biography of a man who was plucked from obscurity—though he liked to say he never lost a direct election, his most recent political adventure had been losing a senatorial race to Stephen ... Celotno mnenje

A Note to Readers:

I hesitated for a long time before deciding to write a biography of Abraham Lincoln. There were already thousands of books on the subject, and many of them were excellent. Some were monumental, like the ten-volume Abraham Lincoln: A History (1890), by John G. Nicolay and John Hay. A few, like Lincoln the President (4 vols. 1945-55), by J. G. Randall and Richard N. Current, were masterworks of historical research. But most of these books were written before the publication of The Collected Works of Abraham Lincoln, edited by Roy P. Basler (9 vols.; 1953-55), which provided the first authentic texts of all of Lincoln's voluminous personal papers, long sealed in the vaults of the Library of Congress. These manuscripts included thousands of letters that came across the desk of the Civil War president, from other members of the government, from soldiers in the armies, and from private citizens. The opening of these papers in 1947 made it possible to understand just how Lincoln functioned in the White House. Now, for the first time, a historian could learn (to borrow a phrase from a later, unhappy administration) just what the president knew and when he knew it.

Even more recently it has become possible to reconstruct Lincoln's career at the bar, which was the basis both of his income and of his political success. The Lincoln Legal Papers (an organization of expert legal researchers) has collected thousands of documents relating to every legal case in which Lincoln was involved, and we can now trace the growth of Lincoln's skill as a lawyer and the evolution of his distinctive style.

Finding the new sources so plentiful, I concluded that a new biography was called for. I wanted to write a narrative account of Lincoln's life, one almost novelistic in form, though every statement would be buttressed by fact. My intention was to tell the story of Lincoln's life as he saw it, making use only of the information and ideas that were available to him at the time. My purpose was to explain rather than to judge.

In telling the story from Lincoln's perspective, I became increasingly impressed by Lincoln's fatalism. Lincoln believed, along with Shakespeare, that "there's a divinity that shapes our ends,/Rough-hew them as we will." Again and again, he felt that his major decisions were forced upon him. Late in the Civil War, he explained to a Kentucky friend: "I claim not to have controlled events, but confess plainly that events have controlled me." This does not mean, of course, that Abraham Lincoln was inactive or inert, nor does it imply that he was incapable of taking decisive action. But this view -- which is something that began to emerge from his own words, and not a thesis that I originally started out with -- emphasizes the importance of Lincoln's deeply held religious beliefs and his reliance on a Higher Power.

OTHER WORKS BY DAVID HERBERT DONALD: 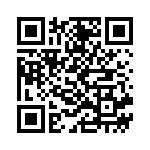