Felix Morley (1894-1982) was a Pulitzer Prize winning journalist. He worked as an editor at the Washington Post and one of the founding editors of Human Events. After World War II he continued his work in journalism where he worked at NBC for Nation's Business. Some of his many works include Freedom and Federalism, The Foreign Policy of the United States, and For the Record. Michael Henry is professor of philosophy at St. John's University. He is also the series editor of Transaction's Library of Conservative Thought series. 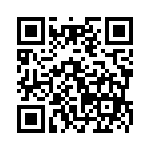