As a high school student, I found that this book struck an admirable balance between explaining in detail the simple concepts and explaining in essence the sweep of grand theorems. I will likely reread parts of this book for gems to contemplate. Celotno mnenje

Enjoyable, technical treatment of a fragment of modern number theory involving group representations, Galois theory, elliptic curves, reciprocity laws, and other esoterica that went into the proof of ... Celotno mnenje

Stran vii - Tyger! Tyger! burning bright In the forests of the night, What immortal hand or eye Could frame thy fearful symmetry? In what distant deeps or skies Burnt the fire of thine eyes? On what wings dare he aspire? What the hand dare seize the fire? And what shoulder, & what art, Could twist the sinews of thy heart?
Pojavi se v 516 knjigah iz obdobja 1850–2008
Stran xvi - If we had some exact language (like the one called Adamitic by some) or at least a kind of truly philosophic writing, in which the ideas were reduced to a kind of alphabet of human thought...
Pojavi se v 9 knjigah iz obdobja 1977–2006
Več
Stran vii - In seed time learn, in harvest teach, in winter enjoy.
Pojavi se v 13 knjigah iz obdobja 1985–2006
Manj 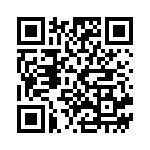