I''m onstage at a concert hall in Stockholm, Sweden, in the mid-1960s playing piano with the Miles Davis Quintet. We''re on tour, and this show is really heating up. The band is tight--we''re all in sync, all on the same wavelength. The music is flowing, we''re connecting with the audience, and everything feels magical, like we''re weaving a spell.

Tony Williams, the drumming prodigy who joined Miles as a teenager, is on fire. Ron Carter''s fingers are flying up and down the neck of his bass, and Wayne Shorter''s saxophone is just screaming. The five of us have become one entity, shifting and flowing with the music. We''re playing one of Miles''s classics, "So What," and as we hurtle toward Miles''s solo, it''s the peak of the evening; the whole audience is on the edge of their seats.

Miles starts playing, building up to his solo, and just as he''s about to really let loose, he takes a breath. And right then I play a chord that is just so wrong. I don''t even know where it came from--it''s the wrong chord, in the wrong place, and now it''s hanging out there like a piece of rotten fruit. I think, Oh, shit. It''s as if we''ve all been building this gorgeous house of sound, and I just accidentally put a match to it.

Miles pauses for a fraction of a second, and then he plays some notes that somehow, miraculously, make my chord sound right. In that moment I believe my mouth actually fell open. What kind of alchemy was this? And then Miles just took off from there, unleashing a solo that took the song in a new direction. The crowd went absolutely crazy.

I was in my early twenties and had already been with Miles for a couple of years by this time. But he always was capable of surprising me, and that night, when he somehow turned my chord from a wrong to a right, he definitely did. In the dressing room after the show I asked Miles about it. I felt a little sheepish, but Miles just winked at me, a hint of a smile on his chiseled face. He didn''t say anything. He didn''t have to. Miles wasn''t one to talk a whole lot about things when he could show us something instead.

It took me years to fully understand what happened in that moment onstage. As soon as I played that chord I judged it. In my mind it was the "wrong" chord. But Miles never judged it--he just heard it as a sound that had happened, and he instantly took it on as a challenge, a question of How can I integrate that chord into everything else we''re doing? And because he didn''t judge it, he was able to run with it, to turn it into something amazing. Miles trusted the band, and he trusted himself, and he always encouraged us to do the same. This was just one of many lessons I learned from Miles.

We all have a natural human tendency to take the safe route--to do the thing we know will work--rather than taking a chance. But that''s the antithesis of jazz, which is all about being in the present. Jazz is about being in the moment, at every moment. It''s about trusting yourself to respond on the fly. If you can allow yourself to do that, you never stop exploring, you never stop learning, in music or in life.

I was lucky enough to learn this not only from playing with Miles but over the decades of playing that have followed. And I''m still learning it, every single day. It''s a gift that I never could have imagined back when I first started plunking around on my friend Levester Corley''s piano at the age of six.

Levester Corley lived in the same building as my family, on the corner of Forty-Fifth Street and King Drive on the South Side of Chicago. We lived in a poor neighborhood, but it wasn''t the worst one in 1940s Chicago. It was probably a step up from the worst, meaning that we didn''t live in the projects but they were close by.

I never thought of our neighborhood as being a "bad" one, though parts of it were rough. There were gangs, and there was a run-down house down the block we called the Big House--slang for prison. Most days there were young men hanging out in front of the Big House, and when you saw that, you knew to walk on the other side of the street. But for the most part I never felt unsafe or threatened. I just assumed that my neighborhood was pretty much like everyone else''s.

I was born in 1940, and when I was really little, I thought we were rich, because we always had everything we wanted. We had clothes to wear and food to eat, and a Christmas tree and toys every year, so what did I know? I had never met anyone from outside our neighborhood, and compared to some of the other families on our block, we seemed to be doing great. In the basement of our own building, there was one family living with about ten people crammed into a single room. In comparison, we had a two-bedroom for five people--my parents, my brother, Wayman, my sister, Jean, and me--which felt like a luxury.

Levester lived on another floor in our building, and when he turned six, his parents bought him a piano. I''d always liked just hanging around with Levester, but once he got that piano, all I wanted to do was go to his apartment and play it. I loved the feel of the keys under my fingers, even though I didn''t really know what I was doing. We''d plunk around on it, and I''d try to play songs, and when I went back to our apartment, I''d tell my mom about it. After a while she said to my father, "We need to get this boy a piano." And so when I was seven, they gave me a used piano they''d bought for about $5 in a church basement.

It''s not surprising that my mother, Winnie Griffin Hancock, was eager for me to have a piano. She was always anxious to instill an appreciation of culture in her children, even naming me--Herbert Jeffrey Hancock--after an African American singer and actor, Herb Jeffries. To my mother, culture meant music, so she made sure we grew up listening to Tchaikovsky, Beethoven, Mozart, and Handel. She also loved the music that came out of the black community--jazz and blues--and felt we should be connected to it as part of our heritage. But "good music" to her was classical music, so when I got my piano, she sent my brother and me to take classical lessons.

My mother''s feelings on class and culture were rooted in her unusual childhood in the South. Her mother--my grandmother Winnie Daniels--grew up poor in Americus, Georgia, in a family of sharecroppers working the property of a wealthy family called the Griffins. But when my grandmother came of age, she married one of the Griffin sons, and just like that, she went from being a sharecropper to being a landowner''s wife. So my mom and her brother, Peter, were born into a wealthier environment than most southern black kids at the time.

Growing up, I was always told that my grandfather Griffin was black, but in the few pictures I saw, he didn''t look it. Years later, my mother told me he was actually white, so to this day I couldn''t tell you which is the truth. What I do know is that sometime during the 1920s, my grandfather lost his entire fortune. He died soon after, and my grandmother picked up and moved the family to Chicago to start over.

It was a rough transition. After enjoying a life of relative privilege in Georgia, my grandmother and my mother were forced to take work as maids in Chicago. My mom cleaned houses for white families throughout high school, and understandably she hated it. She spent two years in college, which enabled her to get a job as a secretary, and eventually she became a guidance counselor for the Illinois State Department of Employment. She worked hard, carried herself with dignity, and raised all three of her children to believe we could achieve great things.

That was my mother''s good side. But there was another side, too. She was bipolar, though we didn''t know what that was--in those days people just used words like "headstrong" and "high-strung." She''d get into fights with family members, big screaming arguments where she''d shout and cry and argue until her neck veins popped out. In our house, it was my mother''s way or the highway, but my dad tried to dismiss her rages as "just Winnie being Winnie." He loved her, and he tended to put her on a pedestal, because she carried herself in that dignified manner. But he also knew better than to get in her way. Whenever we asked him for something, he was quick to say, "Go ask your mother."

My father was a sweet, easygoing man, the guy cracking jokes in any group. He was raised by my grandmother and grandfather Hancock, but what very few people know is that at birth he wasn''t actually a Hancock at all. He was born during my grandmother''s first marriage, to a man with the last name of Pace. I don''t know anything about my grandfather Pace, except that my grandmother always said he was a bad guy. She left him and married Louis Hancock, who adopted my father and gave him his--and now my--name.

Growing up, my dad wanted to be a doctor. But for a poor black family from Georgia in the 1930s, that was completely out of the question. In fact, he didn''t even get to finish high school, dropping out after his sophomore year following a family discussion about finances. By then the family had moved to Chicago, and my dad knew that if he worked hard enough, his two younger brothers could go to college, so he sacrificed his own education to make that happen. From the time he was a teenager, my dad worked in the grocery business, and although he never went back to school, he eventually managed to buy his own store.

Unfortunately, he was too giving to be a good businessman. He was always extending people credit, and then he had a hard time pressing them for money. Or he''d buy cuts of meat from the stockyards for other mom-and-pop stores, acting as the middleman, and then it was the same story: He let them pay on credit, and then he could never ask them for the money. Da 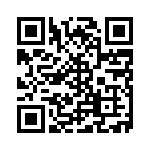