J.L. Granatstein is a distinguished research professor emeritus in the Department of History at York University and former director and CEO of the Canadian War Museum. 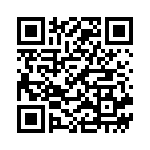