Stran 4 - The basis of our government being the opinion of the people, the very first object should be to keep that right ; and were it left to me to decide whether we should have a government without newspapers, or newspapers without a government, I should not hesitate a moment to prefer the latter.
Pojavi se v 824 knjigah iz obdobja 1829–2008 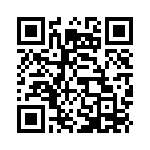