Alan C. Cate teaches history at University School in Hunting Valley, Ohio. He is a graduate of the U.S. Military Academy at West Point and holds a Masters Degree in American history from Stanford University. He is also a graduate of the Ecole Superieure de Guerre in Paris, and was a National Security Fellow at Harvard University's John F. Kennedy School of Government. During a 25 career as an infantry officer, Cate not only commanded at levels ranging from a small Special Forces team to a 1000-soldier battalion, but he also taught history at West Point and served on the faculties of the U.S. Army's Command and General Staff College (Fort Leavenworth, Kan.) and the Army War College (Carlisle Barracks, Penn.). He has published numerous articles on American military history. 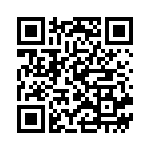