Stran 43 - Life is not a series of gig lamps symmetrically arranged; life is a luminous halo, a semi-transparent envelope surrounding us from the beginning of consciousness to the end.
Pojavi se v 413 knjigah iz obdobja 1790–2008
Stran 47 - Art is a human activity, consisting in this, that one man consciously, by means of certain external signs, hands on to others feelings he has lived through, and that other people are infected by these feelings, and also experience them.
Pojavi se v 293 knjigah iz obdobja 1873–2007
Več
Stran 48 - To achieve this, the author must begin by luring us into the closed precinct that is his novel and then keep us there cut off from any possible retreat to the real space we left behind.
Pojavi se v 11 knjigah iz obdobja 1931–2000
Stran 38 - And being a novelist, I consider myself superior to the saint, the scientist, the philosopher, and the poet, who are all great masters of different bits of man alive, but never get the whole hog.
Pojavi se v 20 knjigah iz obdobja 1951–2004
Stran 43 - The realist, if he is an artist, will seek to give us not a banal photographic representation of life, but a vision of it that is fuller, more vivid and more compellingly truthful than even reality itself.
Pojavi se v 14 knjigah iz obdobja 1959–2001
Stran 200 - Gino, I teach teenagers who all have Italian names and who have one culture, that of silence. Silence about the peasant origin of their parents. Silence about the manipulation they're victims of. Silence about the country they live in. Silence about the reasons for their silence.
Pojavi se v 8 knjigah iz obdobja 1988–1999
Stran 22 - What, then, is a sphere of consciousness essentially and peculiarly Canadian? I should think that the main distinguishing feature would have to be dependent upon the main distinguishing feature of the Canadian nation —the coexistence of two major ethnic groups. To be in the emerging mainstream of Canadian literature, therefore, a writer must have some awareness of fundamental aspects and attitudes of both language groups in Canada.
Pojavi se v 6 knjigah iz obdobja 1971–1991
Stran 171 - PErch' i' no spero di tornar giammai, ballatetta, in Toscana, va' tu, leggera e piana, dritt' a la Donna mia, che per sua cortesia ti farà molto onore.
Pojavi se v 37 knjigah iz obdobja 1902–2007
Stran 91 - After a while I could almost see her: she lived under the earth somewhere, or inside something, a cave or a huge building; sometimes she was on a boat. She was enormously powerful, almost like a goddess, but it was an unhappy power.
Pojavi se v 14 knjigah iz obdobja 1974–2000
Manj

Joseph Pivato is Professor Emeritus of Literary Studies at Athabasca University in Edmonton. His Ph.D. is in Comparative Literature. When he held The Mariano Elia Chair in Italian-Canadian Studies at York University in 1987-88, he taught the first course on Italian-Canadian literature offered anywhere. In 1985 he edited Contrasts: Comparative Essays on Italian-Canadian Writing which became a seminal book promoting ethnic minority writing. His other publications include: Africadian Atlantic: Essays on George Elliott Clarke (2012), Echo: Essays on Other Literatures (1994), Mary di Michele: Essays on Her Works (2007), The Anthology of Italian-Canadian Writing (1998), and Caterina Edwards: Essays in Her Works (2000). His new books are: Sheila Watson: Essays on Her Works (2015), and Rina Del Nin Cralli, From Friuli: Poems in Friulan, with English Translations (2015, Longbridge Books, Montreal). 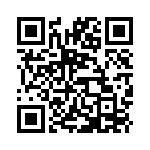