Great overview, not too heavy, and fed to you in short chapters on widely varying topics. It includes some problems and projects to further investigate at the end of each chapter. Great for teachers. This may be inspiring to me for programs or just outreach to people facing math homework. Celotno mnenje

William Berlinghoff was educated at the College of the Holy Cross, Boston College, and Wesleyan University, where he received his PhD in Mathematics. He began his teaching career at the College of St Rose in Albany, New York, was Professor of Mathematics at Southern Connecticut State University, and was Visiting Professor of Mathematics at Colby College in Waterville, Maine. He regularly taught a mathematics course for liberal arts students that drew heavily on the historical development of the subject. He is the author or a co-author of several college texts for liberal arts mathematics, including A Mathematics Sampler (5th edition, 2001). He was also a Senior Writer for MATH Connections, a Standards-based secondary school core curriculum.

Fernando Q. Gouvêa was educated at the University of Sao Paulo and at Harvard University, where he received his PhD in Mathematics. He is Carter Professor of Mathematics at Colby College, where he teaches, among other things, a course on the history of mathematics. He was a participant in the Institute for the History of Mathematics and its Use in Teaching, organized by the Mathematical Association of America. Fernando was the editor of MAA Focus from 1999 to 2010, and he is now editor of MAA Reviews and of the Carus Mathematical Monographs series. In addition to this book, he has written p-adic Numbers: An Introduction (2nd edition, 1997), A Guide to Groups, Rings, and Fields (2012) and several other books, research papers, and expository articles. 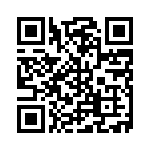