Jesse Ventura was born George Janos in Minneapolis. After a six-year stint as a member of the U.S. Navy's elite SEAL teams, he became one of the world's top professional wrestlers, starred in several major Hollywood films, and was later a popular talk radio host. Elected governor of Minnesota in 1998 as the only Reform Party candidate ever to win statewide office, he currently enjoys one of the highest popularity ratings of any national political figure. He lives in St. Paul with Terry, his wife of twenty-four years, and their two children. 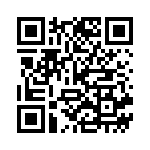