Voyage of the Turtle is a nature/travel book about an endangered species. Scientist Carl Safina travels around the world visiting sites and people - interspersed with natural history and painful ... Celotno mnenje

"Magic is the simplicity of rightness" declares Carl Safina in this book devoted to the story of Dermochelys coriacea, the great Leatherback turtle, and nowhere is this more evident than in the book ... Celotno mnenje

Carl Safina, author of The View from Lazy Point: A Natural Year in an Unnatural World, Voyage of the Turtle: In Pursuit of the Earth's Last Dinosaur, Eye of the Albatross: Visions of Hope and Survival, Song for the Blue Ocean: Encounters Along the World's Coasts and Beneath the Seas, and founder of the Blue Ocean Institute, was named by the Audubon Society one of the leading conservationists of the twentieth century. He's been profiled by The New York Times, and PBS's Bill Moyers. His books and articles have won him a Pew Fellowship, Guggenheim Award, Lannan Literary Award, John Burroughs Medal, and a MacArthur Prize. He lives in Amagansett, New York. 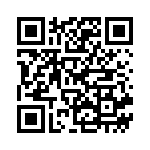