Born in Germany, Nicholas Rescher moved to the United States with his parents in 1939 and became a naturalized American citizen in 1944. He attended Queens College in New York City and he received his Ph.D. from Princeton University in 1951. Rescher served in the U.S. Marine Corps from 1952 to 1954 and was employed by the Rand Corporation from 1954 to 1956. He resumed his academic career in 1957 and in 1961 joined the faculty of the University of Pittsburgh, where he is now Research Professor of Philosophy. He played a major role in propelling Pittsburgh into the very top rank among graduate schools in philosophy in the United States. Rescher is the most prolific living American philosophical author, as the list of his books in print reveals. He is also the founding editor of three major philosophical journals: American Philosophical Quarterly, History of Philosophy Quarterly, and Public Affairs Quarterly. Approaching philosophy with a solid background in mathematics and science, he has also specialized in the history of philosophy, with a doctoral dissertation and early articles on Leibniz and, later, with pioneering scholarship on medieval Arabic logic. Rescher's experiences led him to seek practical applications for his philosophical expertise, and he ventured beyond academic philosophy to draw upon empirical research as well as logical method to produce significant works in social thought. He has also sought to formulate a coherent philosophical system in the great tradition. His thinking has moved in the direction of philosophical idealism as he increasingly emphasized the role of mind in constituting its objects. Of his philosophy Rescher has said:"I unhesitatingly view myself as a specifically American philosopher---for three reasons: (1) the methodology I favor is a fusion of analytical techniques with historical concerns, an approach characteristic of the tradition of those modern American philosophers I admire most (from C. S. Peirce to Clarence I. Lewis and W. V. Quine); (2) my philosophical ambience in terms of close personal and professional contacts runs heavily towards my American colleagues; and (3) the tenor of my thinking is oriented markedly towards pragmatism, which is generally---and, I think, rightly---regarded as the quintessentially American philosophy. 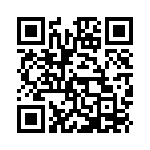