Jeffrey B. Bumgarner is Associate Professor of Criminal Justice, Texas Christian University. He is the author of Profiling and Criminal Justice in America and the forthcoming To Protect and Serve: An Introduction to Law Enforcement. 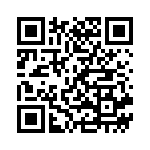