JOSEPH F. ZIMMERMAN is Professor of Political Science in the Rockefeller College of the State University of New York at Albany. He is the author or editor of more than 25 books, including The Referendum: The People Decide Public Policy (Praeger, 2001), The Initiative: Citizen Law-Making (Praeger, 1999), The New England Town Meeting: Democracy in Action (Praeger, 1999), and The Recall: Tribunal of the People (Praeger, 1997). 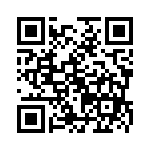