Mary Austin was born in Carlinville, Ilinois in 1868. She graduated from from Blackborn College and moved to the San Joaquin Valley of southern California in 1888. In The Land of Little (1903) and Lost Borders (1909), Austin wrote about the land and people she loved and keenly observed. Her novel Outland (1910) is probably an account of her unhappy marriage. Throughout her life, she devoted herself to environmental issues and championed the Native American and Hispanic traditions of the Southwest. The semiautobiographical work A Woman of Genius (1912) focuses on the conflicts facing creative women. In Earth Horizon (1932) she encourages women to hunt for a remedy for their limitations. The work reveals her as a woman who sought an independent philosophy in the spirit of her New England forebears. Austin died in 1934. 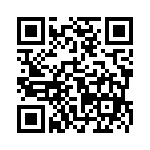