Roger S. Bagnall is Professor of Classics and History at Columbia University. His many books include The Administration of the Ptolemaic Possessions Outside Egypt and Consuls of the Later Roman Empire. 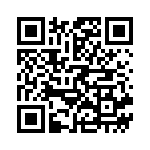