Susan Edgington was formerly a lecturer at Huntingdonshire Regional College and is now a writer.

Sarah Lambert is a lecturer at Goldsmith's College, University of London. 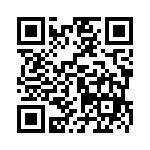