This first-rate historian addresses the biggest rival to Roman power in the Western Mediterranean. Although the author says this is more for a general audience it is sufficiently detailed to satisfy a ... Celotno mnenje

This book is a good introduction to the history of the Punic Wars. It's well-researched and is easy to read. The author did a good job of simplifying the narration of the events, so as to make the ... Celotno mnenje

Adrian Goldsworthy has a doctorate from Oxford University. His first book, THE ROMAN ARMY AT WAR was recognised by John Keegan as an exceptionally impressive work, original in treatment and impressive in style. He has gone on to write several other books, including THE FALL OF THE WEST, CAESAR, IN THE NAME OF ROME, CANNAE and ROMAN WARFARE, which have sold more than a quarter of a million copies and been translated into more than a dozen languages. A full-time author, he regularly contributes to TV documentaries on Roman themes. 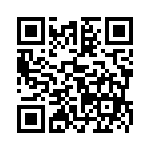