Henry Berthold Mann (27 October 1905, Vienna – 1 February 2000, Tucson) was a professor of mathematics and statistics at Ohio State University. Mann proved the Schnirelmann-Landau conjecture in number theory, and as a result earned the 1946 Cole Prize. He and his student developed the ("Mann-Whitney") U-statistic of nonparametric statistics. Mann published the first mathematical book on the design of experiments Mann (1949). 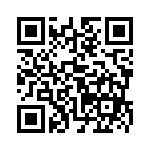