In his novel, "1776" David McCullough follows George Washington and his ragtag militia during the year of our nation's birth and the infancy of the Revolutionary War. Although the book focuses on ... Celotno mnenje

Stran 10 - America would have discerned the traitorous views of their leaders, and have been convinced that to be a subject of Great Britain, with all its consequences, is to be the freest member of any civil society in the known world.
Pojavi se v 32 knjigah iz obdobja 1778–2006

David McCullough has twice received the Pulitzer Prize, for Truman and John Adams, and twice received the National Book Award, for The Path Between the Seas and Mornings on Horseback. His other acclaimed books include The Johnstown Flood, The Great Bridge, Brave Companions, 1776, The Greater Journey, The American Spirit, The Wright Brothers, and The Pioneers. He is the recipient of numerous honors and awards, including the Presidential Medal of Freedom, the nation’s highest civilian award. Visit DavidMcCullough.com. 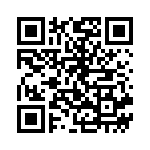