GEORGE W. SHEPHERD, JR. is Professor Emeritus at the Graduate School of International Studies, University of Denver. Professor Shepherd has taught and researched in the fields of politics, international relations, and human rights for more than 40 years. This is his 14th book. He has edited journals such as Africa Today, and he is currently Senior Fellow at the Phelps-Stokes Fund. 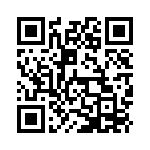