In the 1870s Annie Besant had already gained notoriety as an estranged Anglican priest's wife who had rejected Christianity and embraced atheism. She was a famous orator who spoke on behalf of the Freethought movement, social reform, the right to publish information on contraception, improved education, and Fabian socialism. Besant perplexed her critics and admirers when, in 1889, she abandoned her atheistic stance and embraced Theosophy. The Theosophical Society had been founded in 1875 by Madame Helena Blavatsky and Colonel Henry S. Olcott and had its international headquarters in India. Theosophy's outlook affirmed the mystical components of each of the world's religions, but it was influenced especially by Hindu and Buddhist thought. By the mid-1890s, Annie Besant had made India her home, and she was elected the second president of the Theosophical Society subsequent to the death of Olcott in 1907. In India, Besant made it her special mission to uplift Hindu self-esteem, which had been severely battered by British imperialism and Christian missionaries. She founded the Central Hindu College, which later was incorporated into the new Benares Hindu University. She spoke out for social reform, and from 1913 onward she undertook political agitation for Indian home rule. She was elected president of the Indian National Congress in 1918, and she was the first person to make that position an active, year-round job. Immediately thereafter, she lost her popularity because of the rise to prominence in Indian politics of Mohandas K. Gandhi. Until the end of her life, Besant increasingly turned her attention to the promotion of a young Indian boy, Jiddu Krishnamurti, as the coming World-Teacher, a messiah who would bring about a collective human transformation resulting in unity and peace among all peoples. Despite the apparently contradictory stages of Besant's life, continuity can be detected in her consistent attempts to discover the means by which human suffering could be eliminated. Besant's books and lectures were an important factor in the popularization of Eastern, particularly Hindu, religious and philosophical thought in the West. Her books continue to have an international impact, and several of them are kept in print by the Theosophical Publishing House known in the United States as Quest Books. Bescant died in 1933. 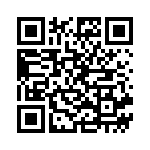