Robin Wilson is an Emeritus Professor of Pure Mathematics at the Open University, Emeritus Professor of Geometry at Gresham College, London, and a former Fellow of Keble College, Oxford. He was President of the British Society for the History of Mathematics from 2012 to 2014s. He has written and edited many books on graph theory, including Introduction to Graph Theory and Four Colours Suffice, and on the history of mathematics, including Lewis Carroll in Numberland. He is involved with the popularization and communication of mathematics and its history, and was awarded a Pólya prize by the Mathematical Association of America for 'outstanding expository writing'. John J. Watkins is an Emeritus Professor of Mathematics at Colorado College, USA. He received his doctorate from the University of Kansas, specializing in commutative ring theory. His main research interest, however, has been in graph theory and he has published mainly in this area, including many papers with undergraduates as co-authors. He has written several books, including Graphs: An Introductory Approach, Across the Board: The Mathematics of Chessboard Problems, and Topics in Commutative Ring Theory, and has recently finished his latest book, Elementary Number Theory. Colorado College presented John Watkins with the 2005 Boettcher Award for Faculty Excellence. 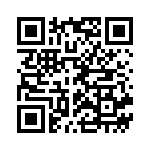