Bryan H. Wildenthal is associate professor of law and director of the Center for Law and Social Justice at Thomas Jefferson School of Law in San Diego, CA. 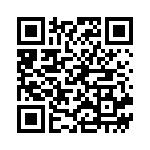