William B. Brahms graduated from Rutgers College in 1989 with a B.A. in Economics. At Rutgers, he garnered numerous honors and awards including the Dean’s Award for Excellence, College Honors, Departmental Honors, Henry Rutgers Honors, Phi Beta Kappa and election to the prestigious Cap and Skull Society. He earned an M.L.S. at Rutgers in 1993 and awarded a Rutgers SCILS Alumni Association scholarship and selected for Beta Phi Mu.He was at the Franklin Township Public Library in Somerset, NJ for 12 years. He was Head of Reference and served six years as Township Historian. He received commendations from the Franklin Township Council and a scholar’s award from the Marconi Foundation there for publishing two books on Franklin Township history. He also co-developed two major digital projects: an early online historical photograph database and one of the first full-text/images searchable local newspaper archives in a public library in the country. His digital project work led to a position on the advisory committee to the New Jersey Digital Highway. In 2004, he co-founded Reference Desk Press, Inc. to produce select reference book by librarians for librarians in an ecologically and economically responsible manner and to support library causes. He has written six books, including the core reference work Notable Last Facts—A Compendium of Endings, Conclusions, Terminations and Final Events Throughout History (2005). He is listed in Marquis’s Who’s Who in the World and has been selected for Who’s Who in America seven times. Brahms is Chief Librarian/Manager at the Camden County Library System in Voorhees, New Jersey. He co-developed two major initiatives for the library: Shelf Life (retail model influenced satellite branch in a mall) and The Corner a progressive teen library center. Visit www.referencedeskpress.com for contact information and to follow Reference Desk Press work through the web and social media. 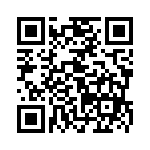