In correspondence with presidents be fore he was 30, Walter Lippmann wrote some 20,000 letters over a career which intersected both World War I and Viet nam. Lippmann may be remembered best as a ... Celotno mnenje

John M. Blum was born in Manhattan, New York on April 29, 1921. He received an undergraduate degree in 1943, a master's degree in 1947, and a Ph.D. in 1950 from Harvard University. He served in the Navy during World War II. He taught for nine years at the Massachusetts Institute of Technology and then taught at Yale University from 1957 until 1991. He was the author or editor of 18 books including The Republican Roosevelt, Roosevelt and Morgenthau, and V Was for Victory. He died on October 17, 2011 at the age of 90. 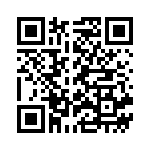