Dennis P. Hupchick is an associate professor of history at Wilkes University, Pennsylvania, where he also directs the East European and Russian Studies Program. He is the author of Conflict and Chaos in Eastern Europe, Culture and History in Eastern Europe, co-author of The Palgrave Concise Historical Atlas of Eastern Europe, author of The Balkans, and The Bulgarians in the Seventeenth Century. He has edited a number of scholarly books and has authored numerous articles on Bulgarian and Balkan history. He is a past-president of the Bulgarian Studies Association and was a Fulbright Scholar to Bulgaria in 1989. 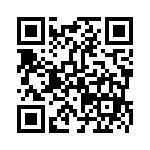