Hans-Georg Gadamer is the father of contemporary philosophical hermeneutics. He was born and educated in Marburg, Germany, where he studied under Martin Heidegger. Shortly after World War II, he was appointed professor of philosophy at Heidelberg University, a position that he held for almost 20 years, until he retired in 1968. His work seeks a recovery of the Greek sense of a comprehensive and coherent worldview, which he believes has been lost in the fragmentation of modern industrial culture. Gadamer has written major studies of Plato, Aristotle, and Georg Hegel. He is known for opposing science as it is developed and valued in Enlightenment thought. Gadamer's major contribution has been his work in hermeneutics, an approach that seeks to liberate the humanistic interpretation of experience from the strictures of science and technology, challenging the doctrine that truth is correspondence between an external fact and an idea in the mind of a subject. In place of mechanistic perspectives that regard nature as nothing but raw material for human manipulation, philosophical hermeneutics aims to develop a broader interpretation of experience by showing that all experience is conditioned by history. Thus, various investigations of the same subject can lead to different conclusions. Only interpretation provides the means to understand how this can occur and also to open culture once again to the voices of art. As developed by Gadamer, hermeneutics engages tradition critically so that culture can become alert to its own moral horizons and thereby restore a continuity of thought and practice. 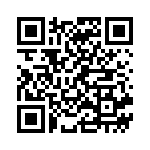