An academic's take on academic writing.Harvard English professor Garber (Dog Love, 1996, etc.) has written a lot, but here she turns her attention to a subject she deals with on a daily basis: the ... Celotno mnenje

In this scholarly study, Garber (English, Harvard) explores her area of expertiseDthe humanitiesDthrough people, institutions, and language. Taking each part separately, she considers how each ... Celotno mnenje

Stran 187 - ... make these retreats more like the dens of "robbers, or holes of foxes, than the fortresses of fair warriors, which, if it be hard to get them out of, it is not for the strength that is in them, but the briars and thorns, and the obscurity of the thickets they are beset with. For untruth being unacceptable to the mind of man, there is no other defence left for absurdity but obscurity.
Pojavi se v 65 knjigah iz obdobja 1722–2007

Marjorie Garber is William R. Kenan, Jr. Professor of English at Harvard University and Director of Harvard's Humanities Center in the Faculty of Arts and Sciences. The author of ten books, most recently Quotation Marks and The Medusa Reader, she is also the editor of many collections of essays and a regular contributor to the New York Times, the Atlantic Monthly, and other publications. 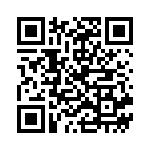